So the project continues with my 4th PCB, but my first PCB from RushPCB right here in Silicon Valley, CA. 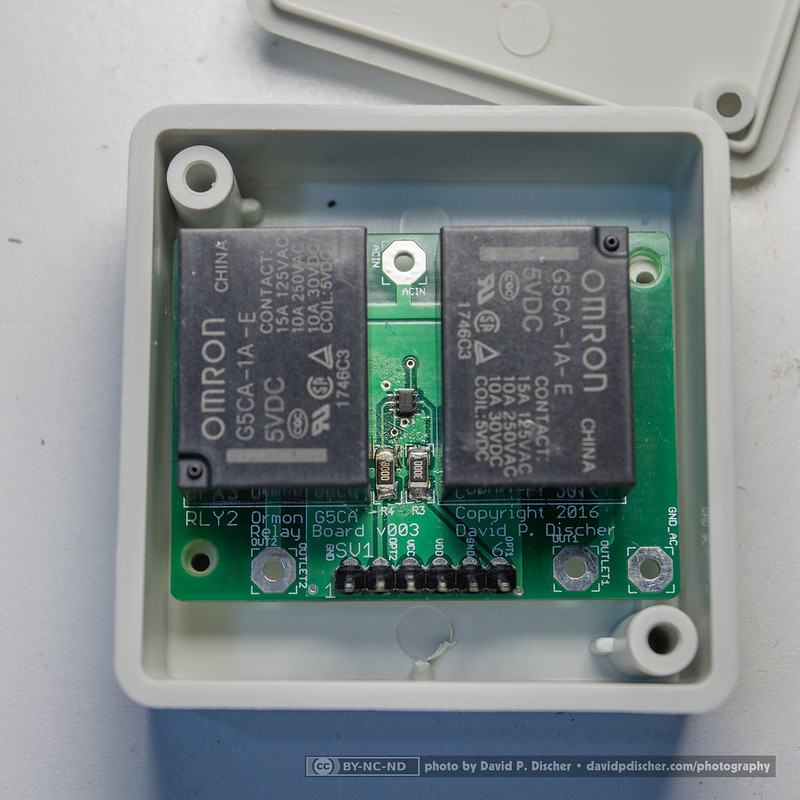 I gained a few twitter followers from hobbyist to VCs to Tech Writers from the ESP8266 Community, Arrow Electronics, and RushPCB re-tweeting my Tweet when I got the board in, so I thought I’d write a bit long description and better pictures. But also being a bit egotistical, I thought I’d try to strike while the iron is hot … and see if there is enough interest in these. If so, I’d do a small run and sell them. (Unfortunately, in small qualities, it would likely be in the $8-10 range. I’d need to sell at least 1,000 to get that price down. The Songle board can be found for about $3. ) This small board is part of a whole IoT home automation platform and ecosystem of devices I’m working on, which hopefully will launch a few of them via crowdsourcing later this year. 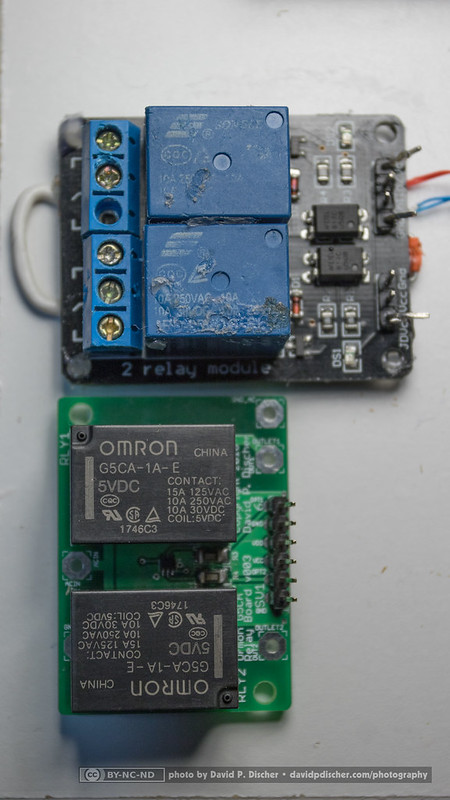 In looking at this, it’s definitely a bit more exciting than the popular blue Songle relay boards. I order about 5 or 6 different relays – with my requirements being 15-16 Amps @ 120V, so that each relay could be rated and use the full current of a typical American household outlet. I settled on the Omron G5CA series low-profile relay. For one, I can source it from United States distributors, like Arrow Electronics, who seem to have the best price on this relay. It is also the smallest of all the relays in this power range. It is a little longer than the Songle Relay SRD-05VDC-SL-C and is about 4mm shorter. 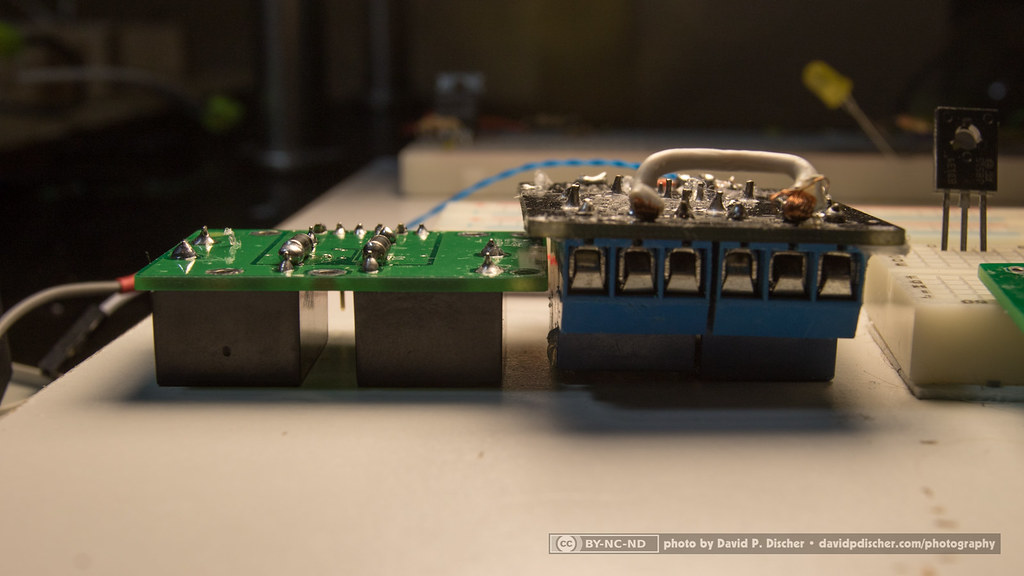 I made a design choice – this is not optically isolated. I’m using a MOSFET to drive the relay coil. I’m not sure how this will play out, however optoisolators are big chips, and would require a bigger board – or add height to this board – to use it. So I used an automotive grade N-Channel MOSFET in an tiny SOT-363. (And yes, these prototypes, I’m surface mounting myself – with an air reflow station.) One of the changes I’d do is to move these diodes to the top of the board and to a smaller diode. I had just order a bunch of general purpose diodes – for some other testing, so used it on this board. This diode is actually causing a fit issue for the duplex outlet enclosure I’m currently considering. 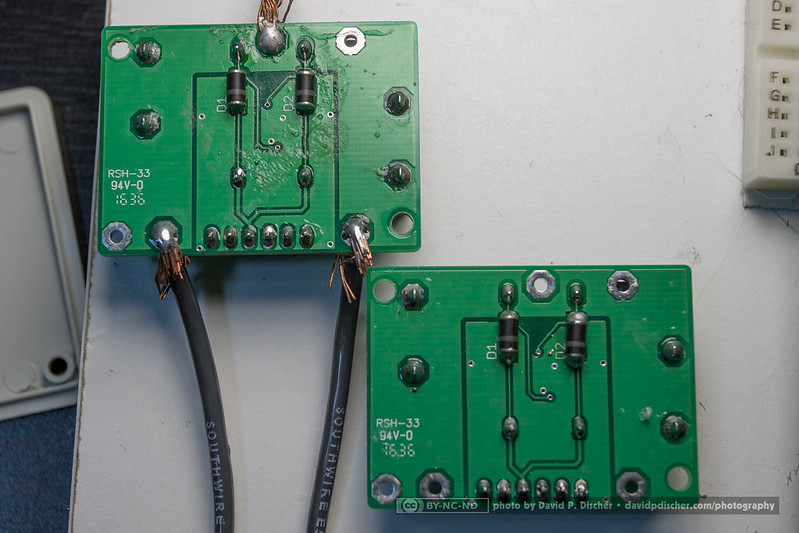 I also left off the screw terminals. I’m not a huge fan of screw terminals. The holes were suppose to be big enough for 14 gauge wire … but they are just a little too small. The Omron G5CA is also a Normally Open (NO) only relay. The Songle has both NO and NC. I’m also providing only a single AC Line In terminal. This is in an attempt to simplify the wiring inside a duplex outlet box. The logic is active-high, and should be both 3.3 and 5v tolerant. Would need to double check the MOSFET gate specifications. I think the MOSFET needs at least 2.8-3v to turn on.

Something else I did, for really no reason, I squeezed this into a Hammond Manufacturing 1551Q small enclosure. Though for the relays, 1551P might be helpful, as you can see below, it is just about 1 – 1.5mm too tall. I can probably get the lid to fit better with a thiner PCB. 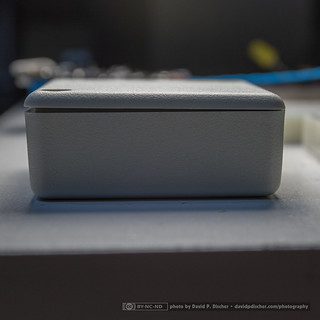 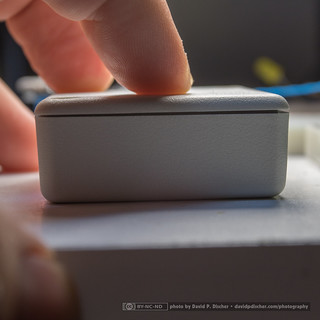 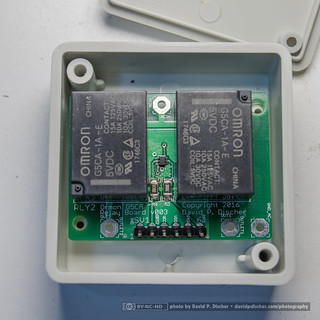 Stay Tuned ! I have my 5th PCB board, being made at RushPCB, and should be ready in the next day or two. This is yet another ESP-12e/f carrier board, that will also fit in the 1551Q enclosure ! 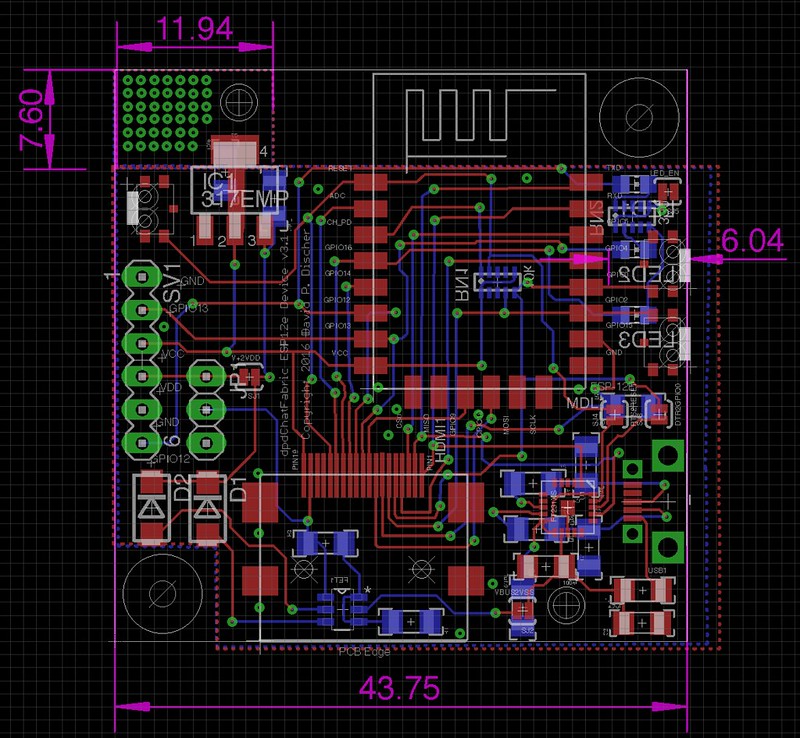 All the photos here hosted over on Flickr, you can look at the code for chatFabric over on GitHub – however, remember this is really a work-in-progress – and the very ugly first attempt at a chatFabric Controller for iOS over on the App Store.